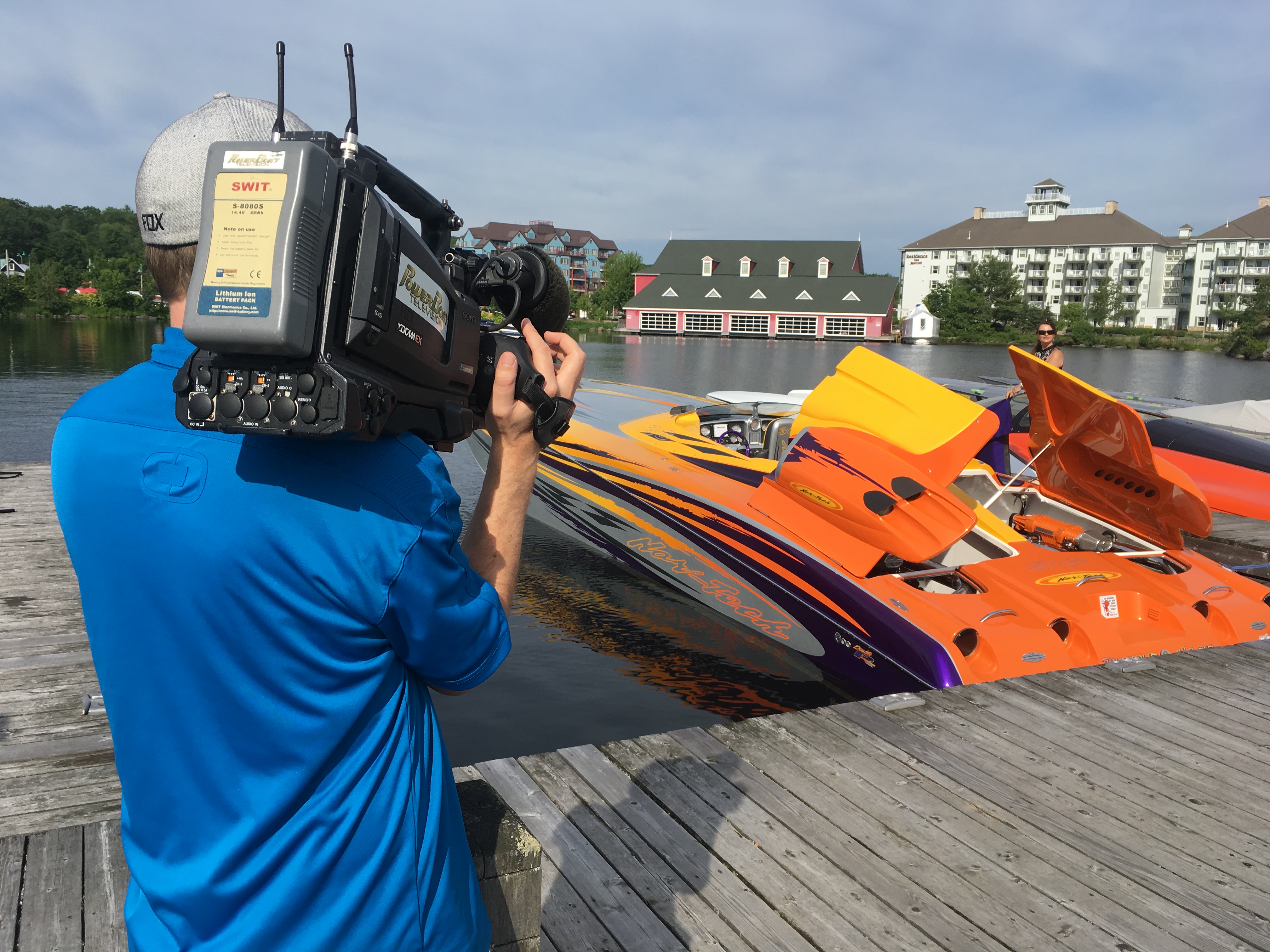 Canada’s breadbasket is also the country’s best-kept boating secret! Steve explores just two of Saskatchewan’s one hundred thousand lakes with the help of the Lake Diefenbaker Yacht Club and the Regina Beach Yacht Club. For the DIY enthusiasts, he replaces an alternator on a 7.4L MerCruiser sterndrive and catches up with the inventor of BluWater Lifts — Blu Gagno. Meanwhile, Jon heads to Quebec to check out a 2018 Princecraft Quorum 25 RL pontoon.

Steve tags along with the Performance Boat Club of Canada on one of their five charity Poker Runs. Before they hit the water, he gets a behind-the-scenes tour of Double-R Performance to see the high-octane beasts getting prepped! Jon takes a look a unique, but very cool, 1987 President 37 Sedan on the used boat market. The team also gives Yamaha’s F90 and the impressively powerful F25 a detailed look. Learn how to replace a holding tank filter with a Canadian-made refillable option.

Steve heads north, waaaaay north to explore the pristine wilderness of Canada’s Northwest Territories. He ventures up Hay River to Louise Falls in a jet boat and heads across Great Slave Lake to the mouth of the Mackenzie River for some monster pike fishing. On the used boat market, Jon puts the popular 2008 Sea Ray 330 Sundancer through its paces while Steve takes the totally redesigned Sea-Doo GTX 230 on a run in California.

Chad Buchner, Parks Canada Operations Manager, joins Steve for a ride on the Trent-Severn Waterway. Aboard a pair of Yamaha WaveRunners, the duo depart from Orillia, traverse four locks to get into the open waters of Georgian Bay. This stretch is one of the most unique on the waterway, featuring the largest drop of any lock on the system, the only marine railway in North America and a mix of small rivers and big lakes. Not to be outdone, Jon gets his hands on a very slick 2018 Formula 270 BR.

Quebec, la belle province, is chock-full of history and it’s place on the shores of the St. Lawrence River means it remains boat-focussed both commercially and recreationally. Steve visits friends of the show who take him around the old port and up the river. Later he visits Crosstown Engines in Toronto to follow along on an engine rebuild, a more affordable option than replacement. Jon heads out on a chilly day to give hull #1 of a Canadian-made Legend Enjoy pontoon a whirl.

Et plus encore! We’re back in Quebec City but this time head down river where the St. Lawrence Opens up to check out a popular anchorage, a unique island and get a glimpse of Montmorency Falls which is so cool, Steve returns the next day with our host, Patrick, on a Zodiac tour for a closer look. Jon heads out on a 2018 Yamaha FSH 210, a centre console jet boat all about fishing, and we replace an exhaust elbow on a Mercruiser inboard.

In 1968 Sea-Doo introduced the first personal watercraft. A half-century later they’ve introduced a revolutionary new platform. Steve joins a ride from Nevada to Arizona and California to check out the new models first hand and remakes the original TV commercial… sort of! Later he’s in Miami checking out the impressive 2018 Mako 414 CC powered by quad Mercury Verados while Jon takes a look at a more cottage-friendly boat, the 2018 Rinker 19QX. We also tackle replacing a thermostat in a Mercruiser sterndrive.

Central Saskatchewan’s rolling hills and tree-lined lakes are best seen by houseboat, so Steve heads to Tobin Lake and takes a 50-footer out. While there he gives wake surfing a go, sees the Northern Lights and tries his hand at some of the world-class fishing. Jon heads to Florida to run the luxurious and cleverly designed 2018 Sea Ray Fly 520. Steve, meanwhile, heads to Indiana to take a closer look at the 2018 Sylvan M5 LZ DC, an all-new, all-luxurious pontoon.

Known as the Lakehead of the Great Lakes, Thunder Bay sits on the northwest shore of Lake Superior and in the summer, it’s all about the waterfront. The best time to visit is during the annual Bluesfest that happens beside the marina. Local hosts take Steve out on the lake for an up close encounter with the Sleeping Giant and to the amazing Thompson Island. Later he’s on Lake Erie with a fish pro to give the 2018 Starcraft STX 2050 a proper angler’s test. Jon, meanwhile, braves the cold to put a 2018 Yamaha WaveRunner FX Cruiser SVHO through it’s extremely fun paces.

Thunder Bay exists because Fort William was here in the fur trading days. Today, the rebuilt Fort is a must-see tourist attraction along the Kaministiquia River which, despite it’s difficult name, is another must-see. Cruising past the busy commercial port it feels a million miles from the massive lake and bustling city.  Jon, meanwhile, traces the path of a new pontoon from concept-to-consumer and follows Princecraft’s Vectra from computer design through the factory to the final product on the water. And we follow a custom aluminum swim platform rebuild project from rotten platform to installation.

On the north shore of Great Slave Lake is the capital city of NWT and another water-loving community in Yellowknife. Home to the most northerly Yacht Club in the country and some amazing wilderness and fishing tours, both of which Steve checks out. Jon is in Miami to check out a brand new Zodiac Pro 7.  And we’re at historic, and secretive, Lake X for Mercury’s big reveal for 2018 – a true industry game-changer!

Built along the shores of the Ottawa River, Canada’s capital is a rare best-of-everything boating option. You can arrive by cruiser from Montreal, Toronto or the Atlantic. Or enjoy a serene cruise along the Rideau Canal. Steve borrows a 2018 Princecraft Hudson DL WS and gets a taste of urban boating, river runs and even tests the fishability factor when Team Rapala pro, Shawn Banks, joins him for an afternoon. Jon is in Captiva, Florida to check out the all-new Boston Whaler 350 Realm. We’ll replace an impeller on a Mercruiser sterndrive and we also take a look at the evolution of the surf boat including an in-depth look at the Starcraft SCX 211 Surf Series and the Sea Ray SLX-W 230.

Many of us have been there and revelled in the massive display that the Fort Lauderdale and Toronto Boat Shows are, but how do they come together? We follow them from beginning construction to bustling crowds and give you a look behind the curtain. Steve gets on board the beautiful 2018 Cruisers Yachts 42 Cantius. Jon is back in Florida to fish with a pro on the unbelievably cheap Bass Tracker Heritage 40th Anniversary Edition. We’ll also install Marine Mat on a swim platform to up the look and lower the slippy!